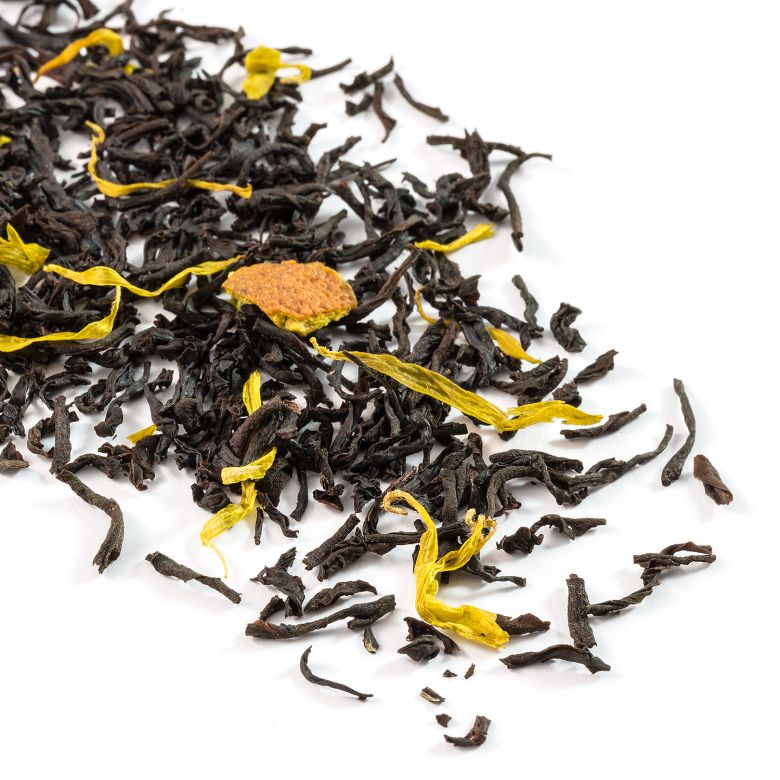 This is our own special blend offering a delicious and authentic "Lady Grey" experience.

"Lady Grey" is a trademarked blend that was created in the mid 1990's to offer a a softer version of the traditional Earl Grey. It is cited it was created for the Norwegian market who sought a lighter version of this tea and then introduced in to England 2 years later where it soon became very popular.The blend is similar to Earl Grey in that it contains bergamot oil but also has the addition of lemon and other citrus fruits including orange. Each tea merchant has their own recipe!

There are many different names for this blend but we have named our special blend Countess Grey as that is the correct female title to Earl. Lady was adopted to supply a foreign market as it was easily recognisable and understood.

Our Countess Grey is a blend of teas from Sri Lanka grown in the 2 famous tea growing areas of Dimbula and Nuwara Eliya. The leaves are blended with bergamot oil, citrus oils and lemon peel and complimented by a generous sprinkling of yellow marigold flower petals. The resulting tea has a smooth easy drinking flavour with bergamot, lemon and zesty orange notes. Countess Grey offers a different experience to the 2 other Earl Grey teas we sell at Dorothy's teas. It is softer and not as full flavoured as the Supreme Earl Grey but more orangey than the Blue Cornflower Earl Grey. Why not try all three and see which you like best?

The large twisted black leaves are interspersed with yellow marigold petals and chunks of citrus peel. The aroma is enticingly rich with a soft citrus fruit note. On brewing the tea takes on a rich copper colour with a clean and refreshing citrus fruit aroma and a delicate and smooth bergamot, zesty orange and lemon taste. Our own special blend delivering an authentic "Lady Grey" experience.

By the tea pot: Warm the pot. Allow 1 teaspoon/ 2.5g per person and one for the pot. Heat freshly drawn water to boiling point and pour briskly over the leaves. Stir and leave for 3-5 minutes.

By the cup using an infuser or brew using a teapot and strainer.