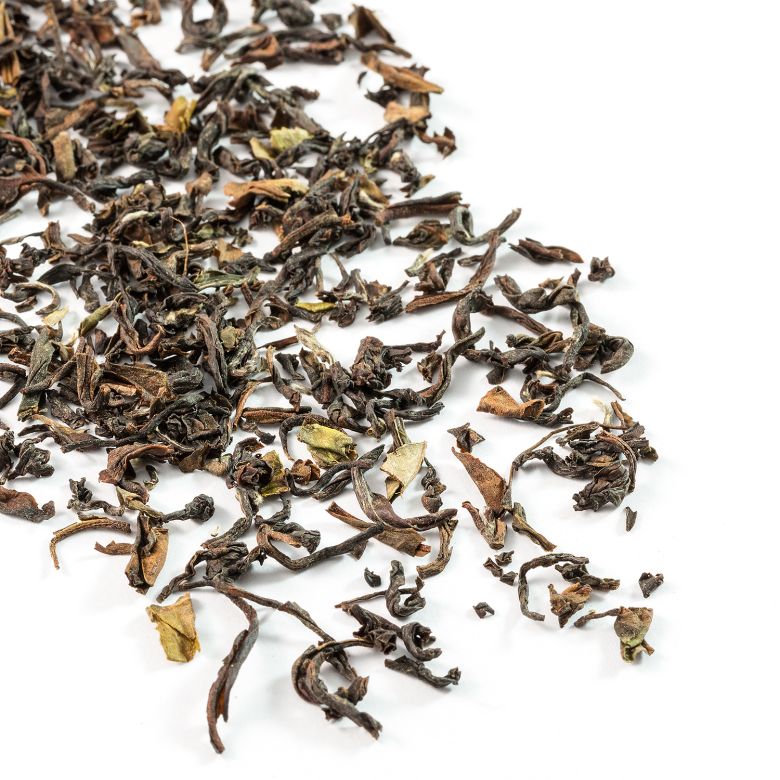 Tea has only been grown in Britain in the last 20 years but it is a concept that had been explored 60 years earlier. During the Second World War Winston Churchill had discussed the idea of growing tea as part of the Dig for Victory Campaign to keep British morale up and ensure a steady supply of tea. However, due to the length of time a tea bush takes to mature (at least 4 years), it was deemed as unworkable and the idea was dismissed.

It was not until 1999 when the garden director Jonathon Jones and the owner, Evelyn Boscawen, of Tregothnan Estate in Cornwall realised how compatible the camellia genus was with the Cornish soil. Camellia japonicas had been thriving for over 200 years on the estate and after extensive global research the first tea was produced on the Tregothnan Estate in 2005. Through careful tending and experimentation, the number of tea bushes has now increased and throughout the growing season, April to October, tea is plucked and produced. The Estate produces and blends several types of tea including an Afternoon Tea and a green tea.

Tea growing in Great Britain is still very much in its infancy but attempts to grow tea commercially are now taking place in Devon, Wales, Northern Ireland and several gardens in Scotland.

The tea is a pretty mixture of dark brown interspersed with caramel and pale beige leaves. The aroma is soft with a slight suggestion of hay. The tea infuses a deep copper colour with a reviving muscatel smell and taste, typical of Darjeelings, and finishes with a refreshing astringency. An afternoon tea which is a delicate mixture of hand-plucked Tregothnan tea leaves and especially selected leaves from Darjeeling.

By the cup using an infuser: 2.5g or 1 level teaspoon to 200ml of boiling water for 3-5 minutes. By the tea pot: Warm the pot.  Allow 1 teaspoon/ 2.5g per person and one for the pot. Heat freshly drawn water to boiling point and pour briskly over the leaves. Stir and leave for 3-5 minutes