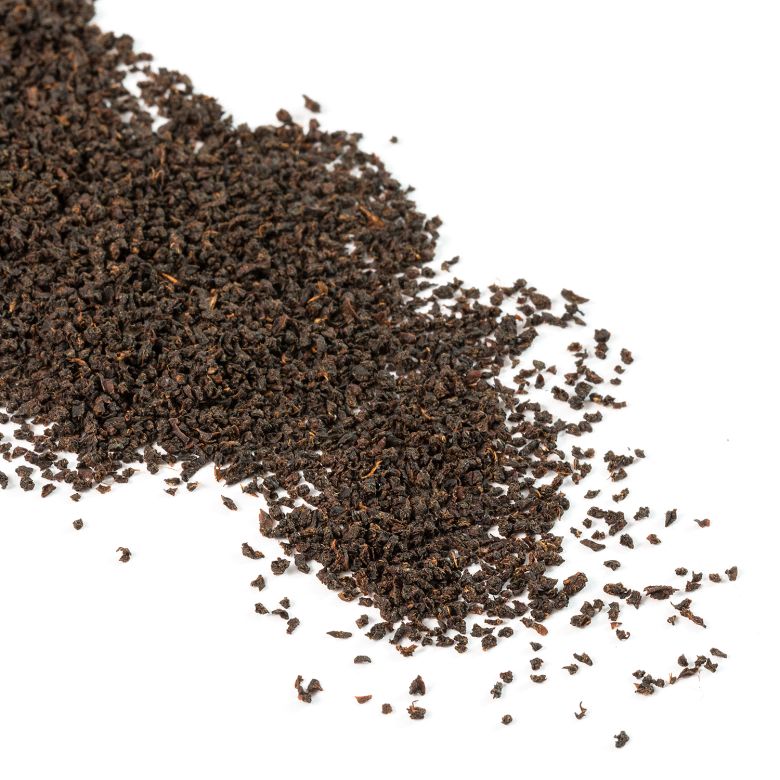 A great morning tea to boldly awaken you as the sun comes up! Produced in Rwanda, a country now becoming famous for tea production, this tea is of C.T.C production (the only one in our portfolio), but we feel it deserves its place, as it yields a distinctive flavour and has a strong following with those looking for a hearty cup of tea. Please see my blog on C.T.C  for a fuller explanation of the difference between orthodox and C.T.C

Tea was first planted in Rwanda in the 1920s but proved unsuccessful and it was not until the late 1950s tea was re-introduced successfully. Up until 2004 all the factories were owned by the state but now with the recognition of the need to invest and grow all the tea factories have gone into private ownership. The majority of tea is now produced by small scale farmers who produce over 65% of the country’s tea leaves and sell on to company- owned factories.

Tea production continues all year round due to the closeness of the country to the Equator and the teas are categorised as Valley or Hill tea according to where they are grown. Valley tea is grown at low elevation on reclaimed marshlands where the tea bushes grow fast in the warm humidity and are not of the quality of hill teas. The misty, cooler air means the hill teas grow slower on the fertile mountain slopes developing flavours which are smooth, rich and full bodied with hints of malt and molasses surpassing the valley teas in quality. The majority of teas are C.T.C produced although as in other African countries some estates are now experimenting with growing orthodox produced teas as well as green and white teas. Ninety nine percent of the tea grown is now exported and is a vital cash crop for Rwanda.

Our Rwandan Sunrise is a hill grown tea so it possess all those rich and full bodied qualities that is typical of a quality, high elevation tea from this area.

The dark brown, tiny even shaped balls of dry tea give off a rich, deep smell. The tea infuses to a deep brown and has a strong, punchy aroma. The brewed tea yields a brisk and assertive flavour with a hint of malt and takes milk very well and would be great for breakfast time and mornings, or for someone seeking a strong tea. A great cup of tea to boldly awaken you as the sun comes up!

By the cup using an infuser: 2.5g or 1 level teaspoon to 200ml boiling water for 3-5 minutes. By the tea pot: Warm the pot.  Allow 1 teaspoon/ 2.5g per person and one for the pot. Heat freshly drawn water to boiling point and pour briskly over the leaves. Stir and leave for 3-5 minutes.