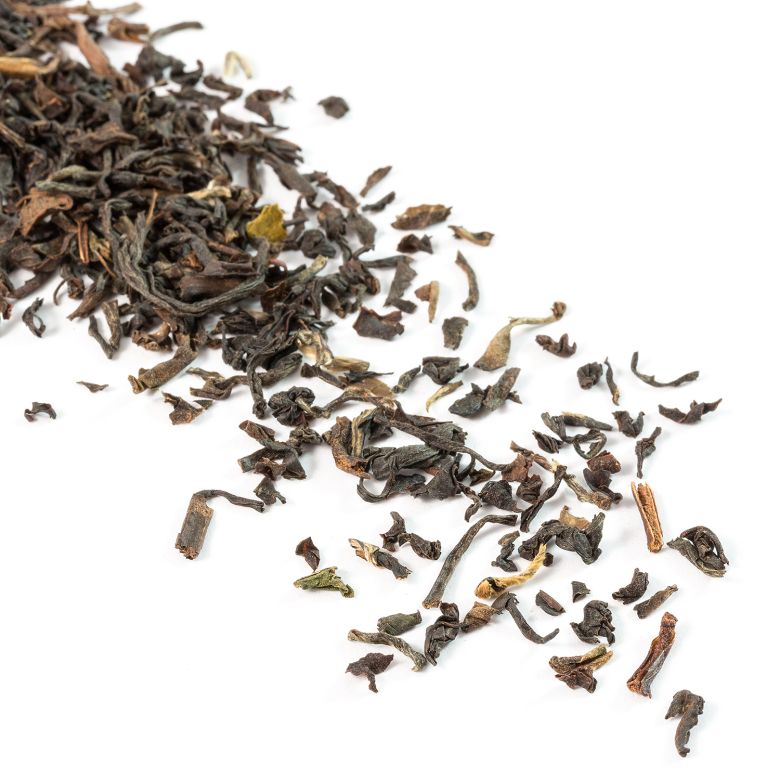 Russian Caravan tea takes its name from the camel trains that used to cross from China to Russia trading tea for furs.

Tea was first introduced into Russia at the start of the C17th century by a monglian leader as a gift for the Tsar.Initially it was extremely expensive and only drunk by the wealthy and titled. However, with the signing of a treaty between the 2 countries trade began to flow freely and tea became a favourite beverage throughout all classes and the vast Russian Empire.

The camel trains would start in Kashgar, North west China, behind China's Great Wall and finally, after 16- 18 months of arduous travelling, would reach Moscow. Caravans of up to 300 camels each carrying 4 chests of tea (about 300kg), would make the trek. Each night campfires would be lit for warmth and security and the precious tea would be laid out next to the fires. As the journey progressed it is believed the tea took on a smoky flavour which became very popular in Russia. By the end of the C18th over 6,000 camel loads of tea were consummed in Russia every year! However, with the opening of the Trans-Siberian railway in 1903 it was possible to transport goods from China to Europe in less than a week and the camel trains became redundant.

Part of taking tea in Russia is the use of a samovar which consists of a hot water boiler with a small teapot on top in which a very strong black tea is kept warm. The tea is then poured from the teapot and hot water added from the boiler to create the required strength. Jam and sugar may be added along with milk.

The long dark brown leaves of different sizes are intermingled with paler brown leaves. The smell is malty and warmly woody. On steeping the tea takes on a golden bronze colour with a satisfying full flavour and body overlaid with subtle dried fruit flavors Takes milk well.

Good at breakfast time with fried foods or fish and chips. Also would pair well with stronger meats.

Brew by the cup using an infuser or teapot and strainer.