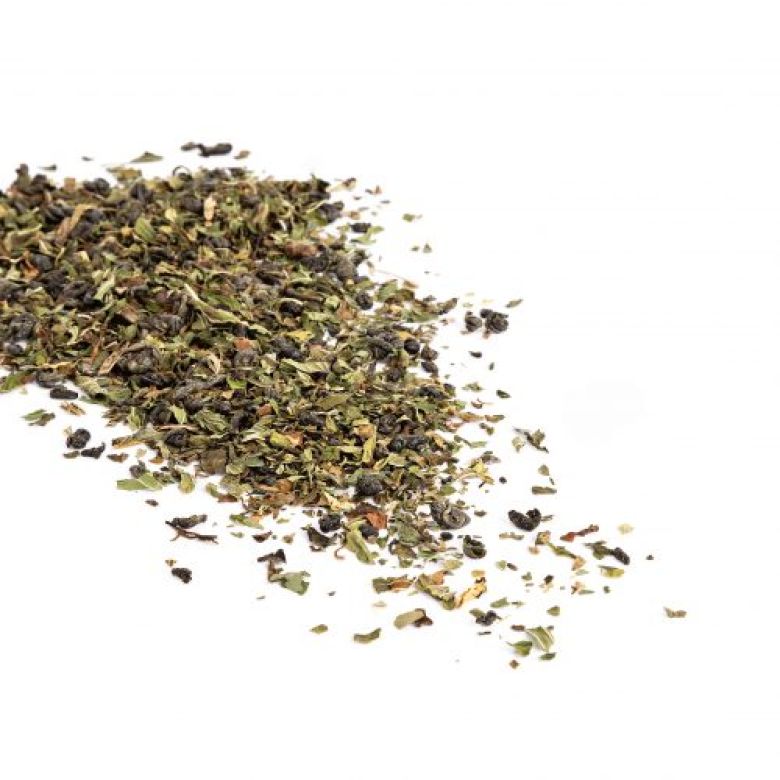 Moroccan tea, (atay in Moroccan Arabic), is always deeply  infused with mint.  Tea (camellia sinensis), was first introduced into Morocco by the British in the 18th century as a way of expanding the tea market, the Moroccan people had been drinking mint “tea” for centuries and the marriage was made !

The preparation of the traditional brew  involves four staples: Chinese gunpowder green tea, types of mint, boiling water and plenty of sugar ! The traditional liberal use of sugar ( upto 5 teaspoons in some cases), is too much for some palates and we recommend add only to taste! Tea in Morocco is traditionally served in elegant metal teapots and poured from an impressive height into small ornately coloured glasses filling the room with a delicious mint smell; the higher the pour the more important the guest!  The pouring of the tea is traditionally done by the man of the house and the first glass from a new pot of tea is always poured back into the pot to assist brewing.

A ritualised ceremony has evolved around the offering and drinking of tea in morocco and in private homes politeness dictates that three glasses of mint tea are to be taken at a tea party or after a meal.

Our Moroccan mint tea recipe was collected on a trip to Marrakesh.

The large peppermint leaves, interspersed with chopped nana mint and tiny rolled balls of green gunpowder tea release a deep smooth peppermint aroma. On steeping the golden yellow infusion has a fresh menthol aroma with green tea notes. The mouthfeel is clean and refreshing with a smooth peppermint taste.

Brew by the cup using an infuser or use teapot and strainer.