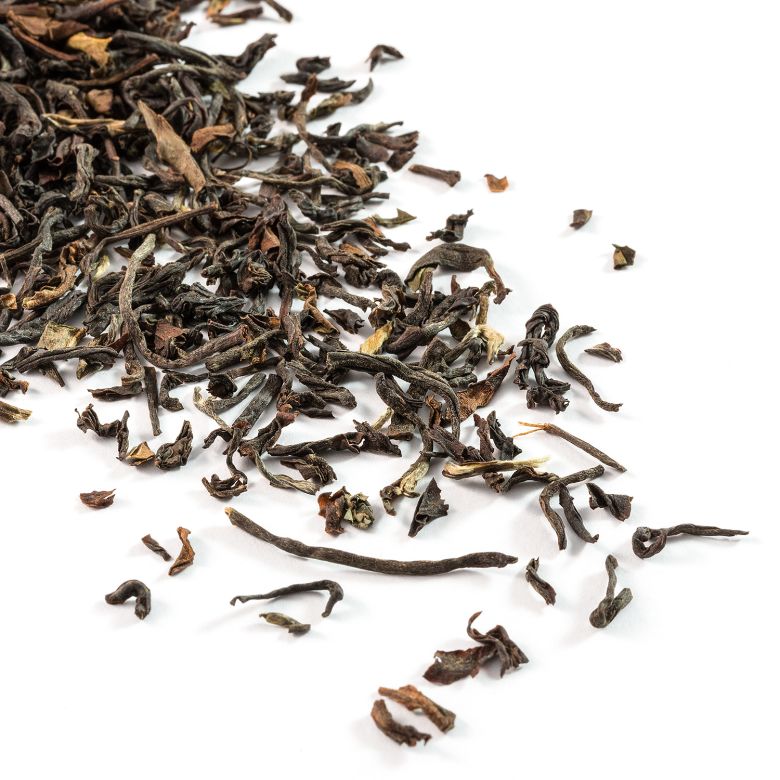 Tucked in the misty foothills of The Himalayas is the district of Darjeeling, boasting 86 individual tea gardens which produce some of the most sought after and distinctive teas in the World. The Darjeeling area has 3 main seasons; early spring first flush, early summer second flush, and the autumnal season. Margaret’s Hope is a world-renowned garden, producing excellent teas with complexity and character. The garden was re-named in the late 1920s when the planter’s daughter travelled to England, with the hope of returning to her father’s beloved garden. This unfortunately never happened, and the name was changed in her memory

The beautifully crafted silver and olive green leaf has a complex honeyed aroma. On infusion, the amber coloured cup yields delightful floral and muscatel notes, which are typical of second flush Darjeeling teas, followed by pine wood and poached peach overtones. The tea has a typically refreshing Darjeeling astringency, giving way to a sweet stone fruit finish. At Dorothy’s Teas, we recommend this second flush to tea drinkers who enjoy Darjeelings, but find first flushes too assertive.

By the tea pot: Warm the pot. Allow 1 tsp per person/2.5g and one for the pot. Heat freshly drawn water to boiling point, and pour briskly over the leaves. Stir and leave for 3-5 minutes