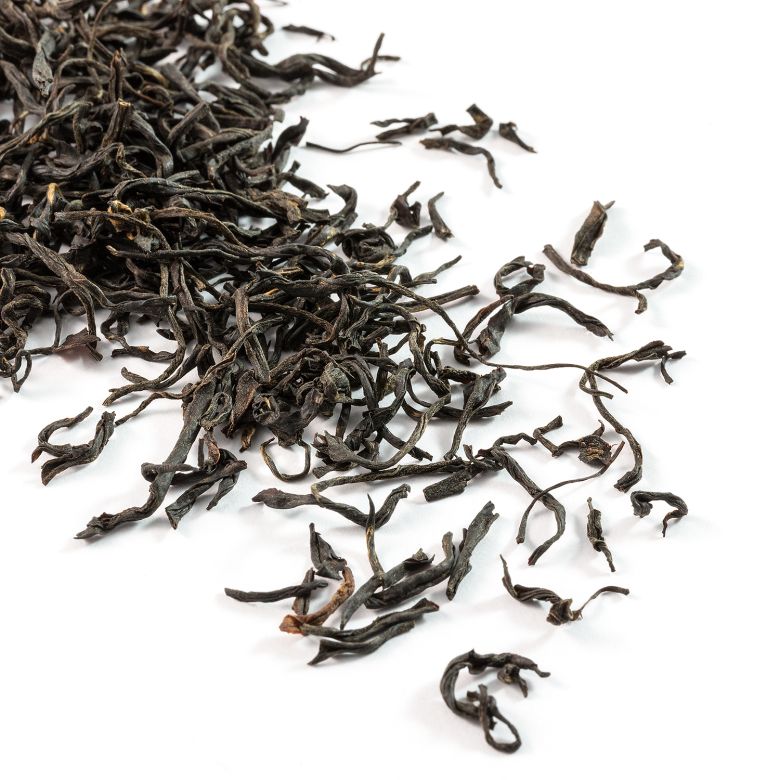 Keemun tea is named after the town of Qimen in the inland province of Anhui in East China. Keemun is the Western spelling.

Up until 1875 only green tea had been grown in Anhui. However, a tea maker called Yu Gan Chen who was born in Anhui but had spent his working life in the black tea growing area of Fujian Province, decided to return home to retire. He had witnessed how successful the black tea export market was becoming in the coastal province of Fujian and decided to try producing black tea using the local Qimen tea bushes but applying the same methods he had learnt in Fujian. The local, small leafed variety of tea bush combined with the district's temperature climate and abundant rainfall, producing high humidity and frequent mists which are crucial in the production of premium teas, meant he was able to produce a black tea of fabulous quality.

Black tea was not a popular drink in China up until this period but with the endorsement of the imperial family who were enamored with the new tea, Keemun soon became a popular beverage with the Chinese people. Yu Gan Chen vision of producing a tea for export was soon realised with the tea proving a huge favourite in England and especially America where it is still a popular choice today.

To make Keemun tea the unopened bud and 1 or 2 leaves are plucked in mid April from the local tea bushes. This particular variety of indigenous tea bush and the inclusion of the unopened bud give the finished tea its distinct honey sweetness. The unopened buds can be seen in the dry tea as golden tips.

Once rolled the leaves are packed into bamboo baskets, covered with cloths and left to oxidise for several hours. This lengthened method of oxidisation teases out the complex sweet cocoa flavours Keemun is so noted for. The oxidised leaf is then dried.

There are different grades of Keemun with Keemun Hao Ya A and B being later season teas. Also known as the "burgundy "of teas, Keemun is an outstanding black tea full of character and complexity - a classic in the tea World.

The long, beautifully twisted black leaves are flecked with golden tips and omit a deep, rich aroma. The infused tea takes on a golden brown colour with an enticing aroma of cocoa and brown sugar mixed with subtle floral notes. On drinking the delicious cocoa aroma also comes through in the taste intertwined with a baked fruit and very delicate rose overtone. The taste is smooth, complex and honeyed without any astringency at all. Also known as the "burgundy "of teas, Keemun is an outstanding black tea full of character and complexity - a classic in the tea World.

Cup using an infuser or teapot and strainer