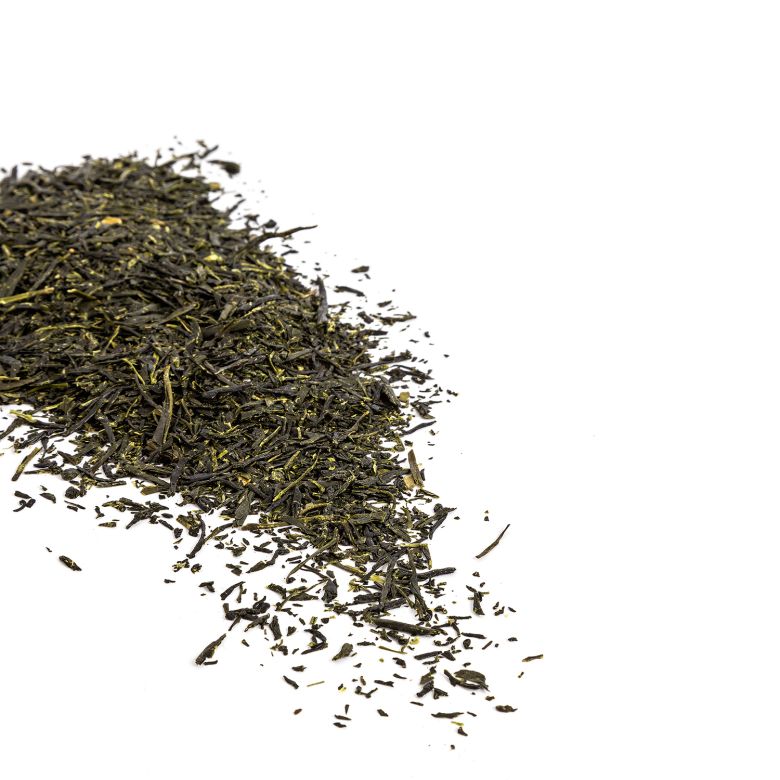 Gyokuro, also known as “Jade Dew”, is deemed to be one of the most special and fine teas in the world and only a very small amount is made each year. Matcha, the much prized, vivid emerald green powdered tea used in Chado,the Japanese tea ceremony, is made in the same way. They are both shaded green teas.

This process of shading the bushes changes the flavour of the tea and draws out the deep rich flavours gyokuro is so well known for. Twenty one days before plucking starts the bushes are shaded using metal frames which are approximately 6ft high and covered with mesh or wire. The shading is slowly added until by day 21 only 10% of sunlight is allowed in.The process is done slowly so as not to kill the plants. By reducing the light to the tea plants they are unable to photosynthesis and they are forced to compensate by producing more chlorophyll and sweet L-theanine amino acids. Hence the tea retains a delicious sweetness with a deep umami flavour. L– theanine is known to be a relaxant and to help reduce stress. Therefore the resulting flavour from shading the tea bushes is a rich, mellow,sweet and umami taste.

The exquisite glossy needles of gyokuro are a rich green -blue speckled with flashes of pale green and yellow. The tea steeps an opaque pale yellow - green with rich sweet vegetal notes and hints of the sea. The taste is full, sweet and smooth suggesting buttery cooked spinach and over laid with thick brothy notes and the mildest hint of roasted nuts. The finish is satisfying and remarkably persistent. Gyokuro is a wonderful and an exceptional tea. Highly recommended.

Infuse 6g in 200ml of water at 60c for 2 minutes. Continue to reinfuse until the flavour is finished