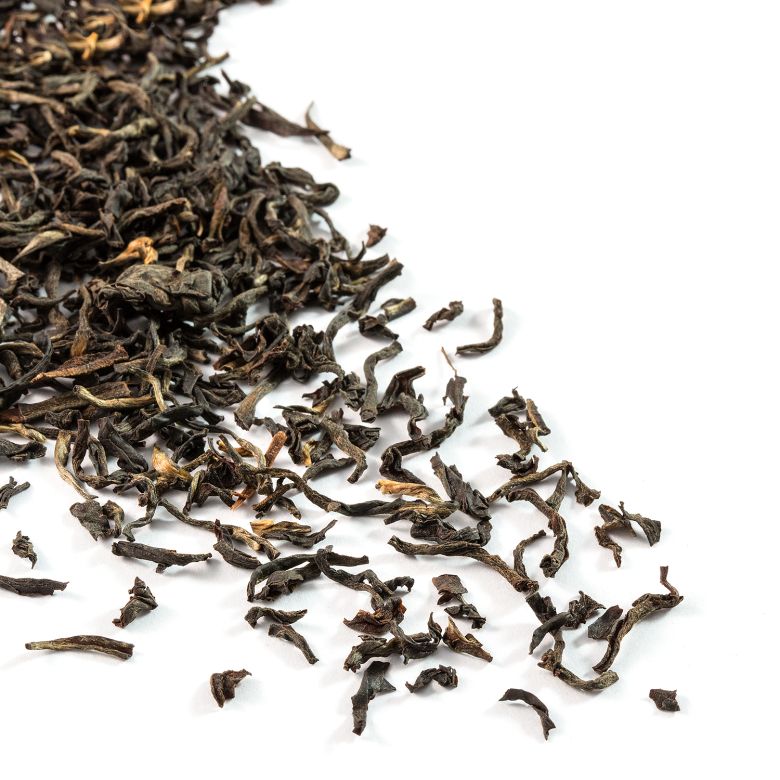 The vast tea growing area of Assam is situated in the North of India. The low wide plains situated around the Brahmaputra River Valley coupled with a  perfect climate means Assam is the second largest tea growing area in the World after China. The area has over 50,000 tea gardens and one sixth of the World's tea is produced here! The ability for the region to produce huge volumes of tea lead to many of the systems of mass producing tea being first developed and utilised here, including mechanically driven rollers.

The growing season is March to late November and this Mid Season Assam is plucked in July. The indigenous tea bushes in this area are camellia sinesis assamica producing large and fleshy leaves which thrive in tropical, hot house conditions.Tea from this area is known for its malty flavours and is now manufactured both by the orthodox and C.T.C (cut tear and curl) method. C.T.C was first introduced into Assam in the 1930's in order to meet the demand for teabags and to create a product that could be produced in volume quickly. Our Mid Season Assam is produced by the traditional, orthodox method producing a more complex and interesting tea.

The neatly twisted dark brown leaves are interspersed with some golden tips and omit a rich malty and dried fruits aroma. On infusion the leaf infuses to a dark bronze colour with hints of raisins, malty grains and a typical Assam full flavour. The tea releases some astringency towards the end of the sip giving it a refreshing finish. The tea takes milk very well and is a great morning or breakfast tea. Our mid season Assam is produced by the orthodox, traditional method producing a tea with complexity.